5
View on AllAgents
Properties for sale
For sale

Woodley has been named in the top 20 UK towns to bring up a family by Family Friendly Hotspots Report from Family Investments* due to low crime rates and schools with excellent Key Stage 2 and GCSE results. Historically it was second home to Henry Addington, Speaker of the House of Commons and then Prime Minister. It was not until the 1930’s when it came to prominence due to the establishing of an airfield and flying school. Woodley was home to the production of the Miles Hawk aeroplane until the 1960’s.

Woodley is situated to the East of Reading and North West of Bracknell, with both larger towns, home to many multinational companies and business parks.

A regular bus service operates into Reading. Train commuters have the choice of the Paddington Line with stations at Twyford & Reading or the Waterloo line with stations at Earley & Winnersh Triangle. The A329M & M4 links are just a short drive away.

The pedestrianised shopping centre has a variety of shops such as Waitrose, Lidl, Boots & Iceland, along with a weekly Farmers Market and a Marks & Spencer Food Hall on the Woodley/Earley borders.

There are a number of parks with Dinton Pastures being the most visited. There is a leisure centre at Bulmershe and the highly rated Nirvana Spa in Sindlesham just a short drive away. A members golf course is situated in nearby Sonning and pay & play at Dinton Pastures. Woodley is well known for its links to the aviation industry and has a small aviation museum.

As previously mentioned, Woodley fares well with a variety of good quality schools in the area. We also have the famous University of Reading on our doorstep.

What our customers are saying about us 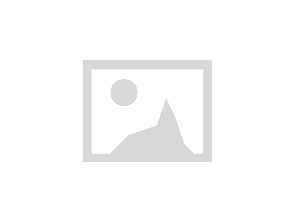 31%
5%
* Based on Local Authority District (Wokingham)

It all starts with a valuation

Find out the value of your property

Sorry, we are unable to provide a valuation for this address as it may be registered as a business address. A member of our Valuations Team may be able to provide more information. Book a Valuation to start the process.

This instant value is based on local data and recently sold house prices in your area, . This is an estimate as we are unable to take the condition of your property and any improvements you may have made into consideration.

To get an accurate valuation based on a viewing of your property book an expert valuation now.

Thank you for requesting a valuation

We will be in touch shortly to confirm your appointment.

If you haven't had confirmation of this booking 24 hours prior to the appointment please contact the local branch.

Looking to Remortgage? Get in touch to find out about our latest deals

Why sell with us?

Do you want to save money on your mortgage?

Are you looking for a mortgage?

Book a free no obligation appointment

Why sell with us?

Get in touch to discuss your property needs

Are you looking for a mortgage?

Book a free no obligation appointment

Please select up to 3 slots for your availability, or select "I'm free any time". Once you have made your selection the branch will be in touch to confirm a time with you. All appointments are subject to confirmation.

Book a valuation
Contact your local branch
Connect with us